THE CHANCEL CHOIR is an adult choir that enhances the worship experience at the Sunday morning worship service. The choir supports the congregation in singing the hymns and anthems and leads the liturgy of the service. Special choral presentations in the fall, Christmas and spring are also presented. This choir is not auditioned and rehearses September-May on Thursdays from 7:30pm-9:30pm.

The Chancel Choir has four Section Leads (Soprano, Alto, Tenor and Bass). These leads are positions of leadership and we welcome the following for the 2019-2020 season: 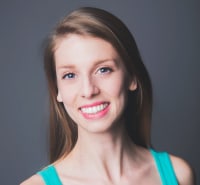 Since singing in children’s choirs at the age of seven, Carmen Harris has enjoyed immersing herself in the world of vocal studies. She completed her Master of Music at the University of Ottawa, studying with Christiane Riel. Carmen recently graduated with a Bachelor of Music in Vocal Performance, and a Post-Baccalaureate in Voice through the Desautels Faculty of Music at the University of Manitoba, studying with Monica Huisman. Past performances include Susanna and Cherubino with the University of Ottawa, Musetta in La Boheme, Susanna in Le nozze di Figaro (2014), with Opera Kelowna, Pleasure in Il trionfo del Tempo, Drusilla in L’incoronazione di Poppea, Venus in Orphée aux Enfers, with Manitoba Underground Opera, and Angela in Angela and her Sisters with the University of Manitoba School Tour. Besides opera, she has been blessed to tour throughout Europe and North America with ensembles and has sung as a soloist with the National Arts Centre Orchestra, the Okanagan Symphony Orchestra and the Chilliwack Symphony Orchestra in British Columbia. She is so glad to share music and fellowship with the Rideau Park United Church congregation!

Tessa Fackelmann is a recent graduate from the University of Ottawa where she was studying under Christiane Riel. Tessa has participated in the Canadian Opera Company’s Young Voices summer program and has performed as a soloist in Vivaldi’s Gloria, Mozart’s Coronation Mass and Duruflé ‘s Requiem with the Ottawa Regional Youth Choir and Capital Chamber Choir. Tessa had her symphonic debut in 2018 in Berlioz’s Roméo et Juliette with the University of Ottawa Symphony Orchestra.  Most recently, Tessa performed the role of Hermia in Opera NUOVA’s production of Britten’s Midsummer Night’s Dream under the direction of Brian Deedrick. She has also been chosen to perform a solo recital as part of the Fourth Stage Recital Series at the National Arts Centre. Tessa is a recent laureate of the Ottawa Choral Society New Discoveries Competition, receiving the first ever Ottawa Region Recognition Award.

Noah Bragança has been singing for the last 13 years as a solo singer and chorister. He has been a member of several choirs in his singing career, such as Saint Matthews Anglican Church choir, Canterbury High School Chamber choir, and was a member of the 2016 and 2017 years for Ontario Youth Choir. Along with Rideau Park, Noah has just recently joined the Ottawa Choral Society. Noah is currently studying classical voice and songwriting at Carleton University in the Bachelor of Music program and aims to specialize in composition and arrangement.

James Coole-Stevenson, baritone, is pursuing a double major in vocal performance and computer science, studying under John Avey. He has performed in the University of Ottawa production of Le Nozze di figaro (Antonio), the NAC production of Louis Riel and SOPAC productions I Pagliacci (chorus) and Cendrillon (The Superintendent). He has received numerous vocal awards, including the Evelyn Greenberg Trophy, Cyril Rickwood Cup, Chamberfest Rising Stars award, the provincial vocal prize in the ORMTA competition, the Schubert Scholarship and other distinctions.