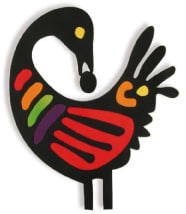 Facebook posts – Each day in February we will post a thought-provoking video on Rideau Park’s Facebook group, to stir your thinking and open your mind. For a deeper exploration, we also suggest these resources:

Ibram X. Kendi – How to Be an Antiracist
Robin DiAngelo – White Fragility: Why It’s So Hard for White People to Talk About Racism
Ijeoma Oluo – So You Want to Talk About Race
Steve Heinrichs, ed. – Unsettling the Word

Films
On CBC Gem – Indian Horse; The Skin We’re In
On Netflix – When They See Us; 13th; Becoming

On the United Church of Canada website at https://united-church.ca/social-action/justice-initiatives/anti-racism